Customer Airbnb
Departments set building, event
Home is where your heart is: A special competition campaign gave Airbnb soccer fans the chance to spend a night in this epic setting. To do this, we designed, planned and built a living room and bedroom structure on the edge of the pitch, turning the Arena into a gigantic home for the small family of winners. 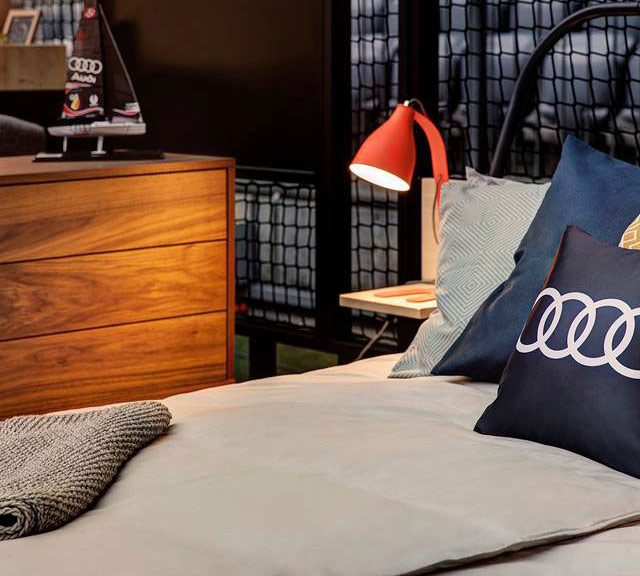 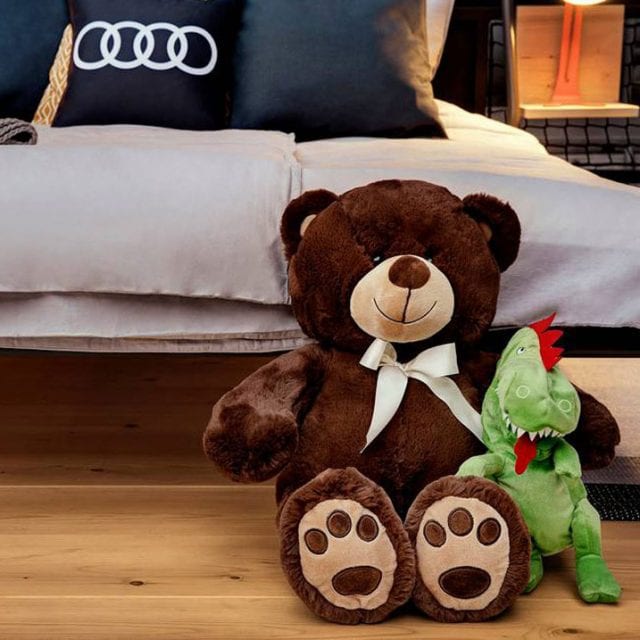 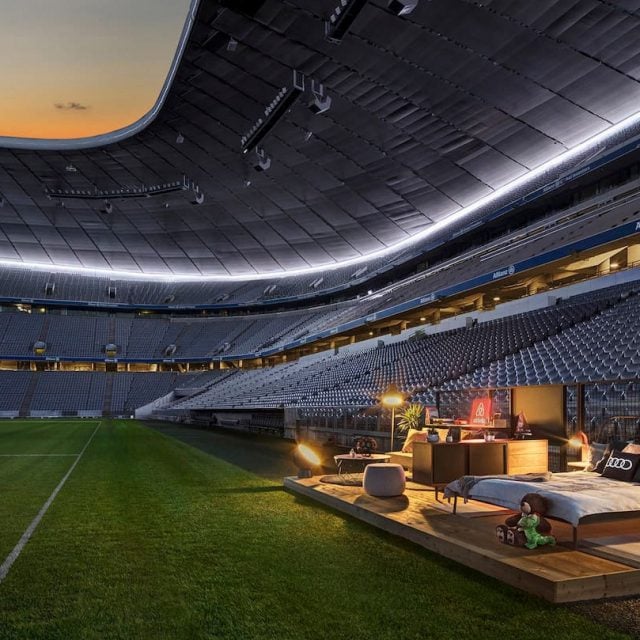 “The project inquiry reached us three weeks before the first build-up. A new-build has rarely been ready for occupation so quickly!”

The short timeline was a real challenge. Furniture had to be built, and home furnishings such as lamps, plants and books ordered. We needed to create a real sense of coziness, while keeping the fit-out modern and clean. The family shouldn’t feel like they were on show. We created a homey little cave for them. 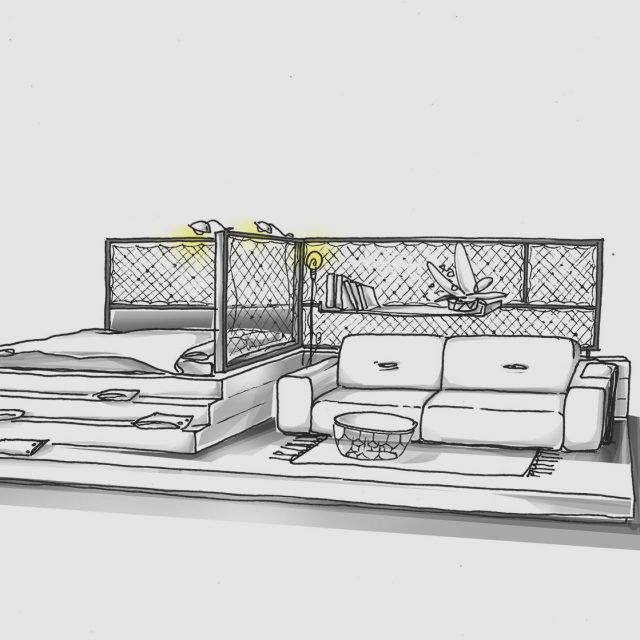 “32⁰C and blazing stadium sun – luckily there was a surprise open-air shower!” 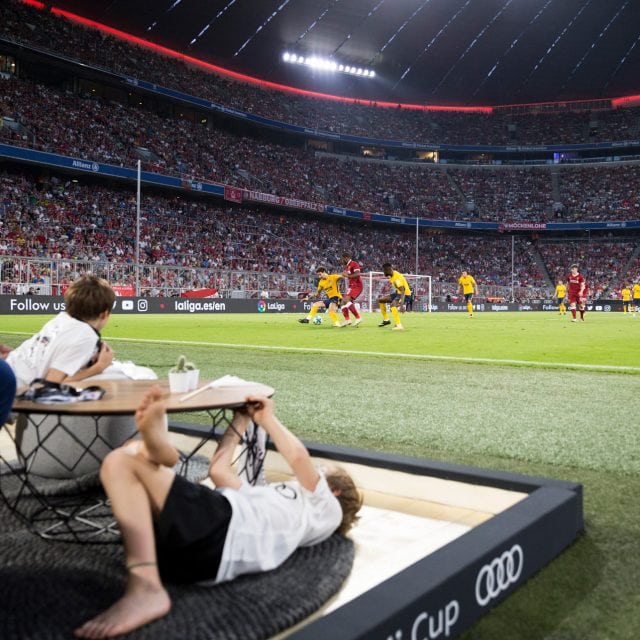 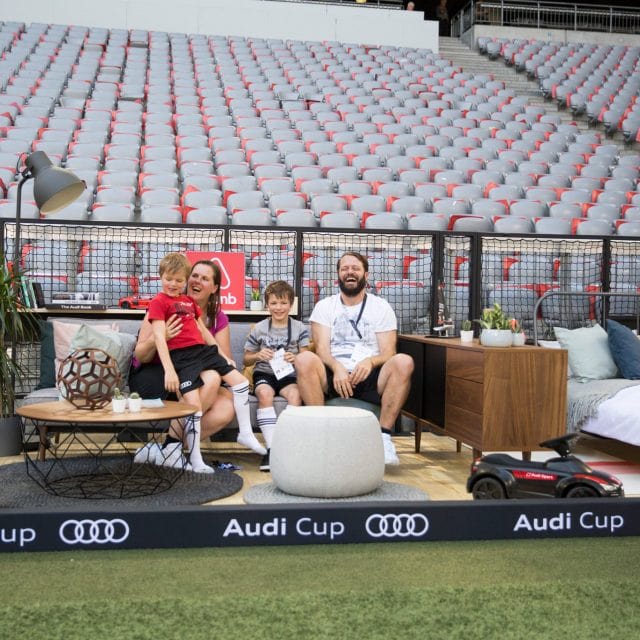 While building up, we were not only working against the clock, but also had to contend with a relentless sprinkler system which was actually supposed to be switched off while we worked. Instead, we were forced to take involuntary refreshment breaks every two hours. When the first sprinkler went off, we dashed around covering everything with tarpaulins, briefly enjoyed cooling off – and then carried on again. 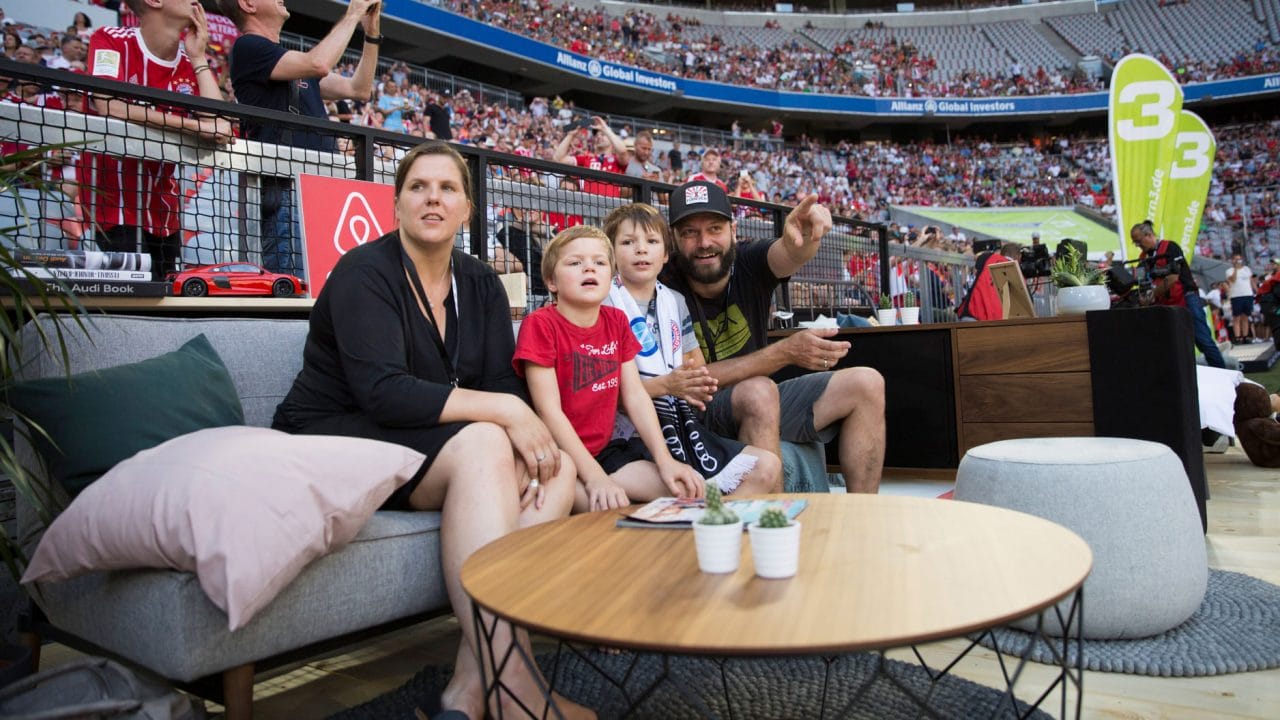 “It can be so much fun when a team really works as a team!”

Most importantly, we had loads of fun in a team that worked together fantastically from inquiry to finished product to content production for social media. We were all pulling on the same rope, under one (stadium) roof. We all really put our hearts into it.